A recipient of many awards, including an NEA, and author of seven award-winning novels, Margaret McMullan commands a powerful presence in the world of literature. Two of her works were published earlier this year—Every Father’s Daughter, a collection of essays co-edited with Philip Lopate (McPherson), and Aftermath Lounge, published by Calypso Editions. We caught up with Margaret and asked her to give us just the facts.

WHO are you currently thinking of most?

Right now? Today? My mother. My son. My husband.

WHAT language currently fascinates you?

Hungarian. We lived there for a while. I know how to say Where is my husband and Where is my son? In Hungarian. I can also say, Over there.

WHERE do you find your best inspiration?

At my desk while I’m working and while traveling in a train or on a plane.

WHY did you title your book Aftermath Lounge?

After Hurricane Katrina hit Pass Christian, Mississippi, the only place to eat was in this corrugated tin shack a guy built overnight. It was called Café Katrina and they served the best food. Then we all realized we wanted a bar too, so next door, this guy built another place. And it was called The Aftermath Lounge. Sometimes, all a writer has to do is take notice.

WHEN do you get your best ideas?

Early in the morning and late at night. Also, while I’m swimming, which is really inconvenient.

HOW do you want your writing to change the world?

I write about the personal, and the personal is always political. Aftermath Lounge is ultimately a political book. 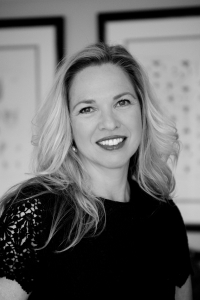