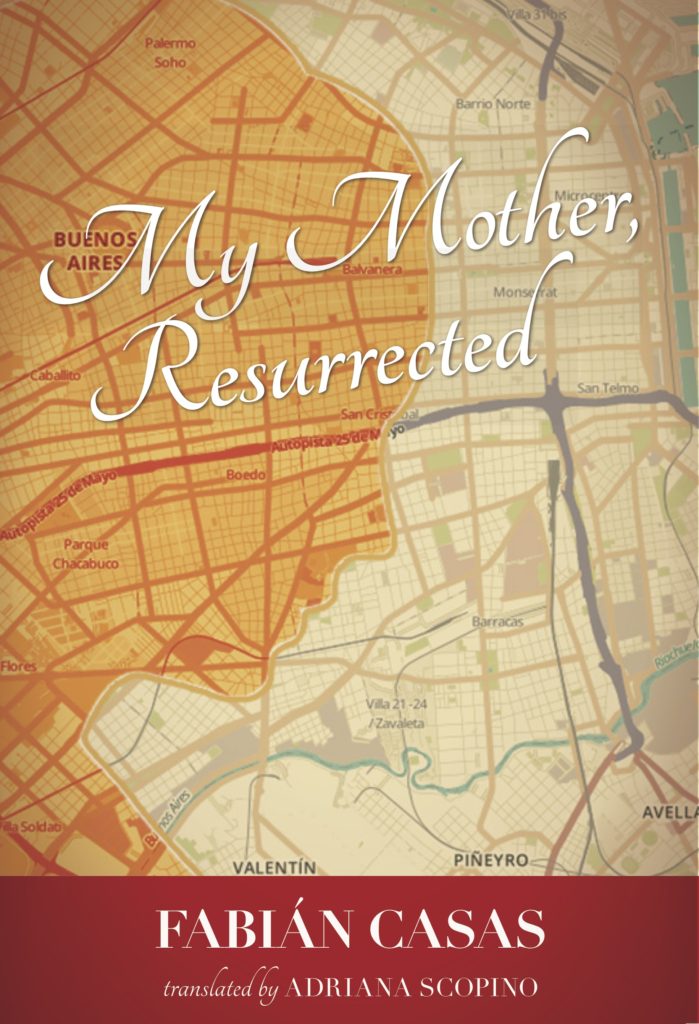 Acclaim for My Mother, Resurrected

“This remarkable translation of Fabián Casas’ poems by Adriana Scopino takes us down the hallways of the poet’s consciousness— the painful absence of his late mother; his frank observations of family, friends, lovers; the desolation of urban material culture during the 1960’s; and above all, the poet himself, his body, his habits, his simple yet profound realizations (epiphanies), in the midst of the oddest or most prosaic of circumstances. Thanks to Scopino’s sensitivity to the philosophical quality of the poems, her translation is able to convey, in a stark yet poetic manner, Casas’ feelings and observations about the presence of everyday objects and situations, about living and dying, and about passion and the indifference to (and from) life. Scopino’s insightful translation brings to light the author’s exploration of the meaning of human existence and our efforts to understand death and the inscrutable nature of reality.”

“That Fabián Casas’ work is so little known in America baffles. A magnificent welder of tonal registers, of the mundane and the philosophical, Casas teaches us, with humor and self-deprecating nonchalance, how ‘not to live in fear,’ co-habit with the departed, ‘bed with the flowers in the mouth of the wind,’ experience the darkness as ‘resplendent/against the red Coca-Cola machine.’ In his epigrammatic celebrations of mortality and the ethereal, gritty urban details orient the self, stir desire, push against farce. How fortunate we are to be delivered My Mother Resurrected in poet Adriana Scopino’s exquisite translation. Each poem sears with undiluted intensity.”

“Not a believer, Casas is a writer clinging to relationships at the edge of an abyss. He claims relationship to everything—from his mother, who died relatively young and often appears in his poems ‘resurrected,’ to the philosopher Hegel, to his boisterous childhood friends, to his aunts’ pecking at the corn in his mother’s kitchen, to Charon whom he envisions driving him around Buenos Aires during his ‘honeymoon with drugs’ in a ‘taxi fine and red.’ When Casas goes to the underworld, we want to come too.” 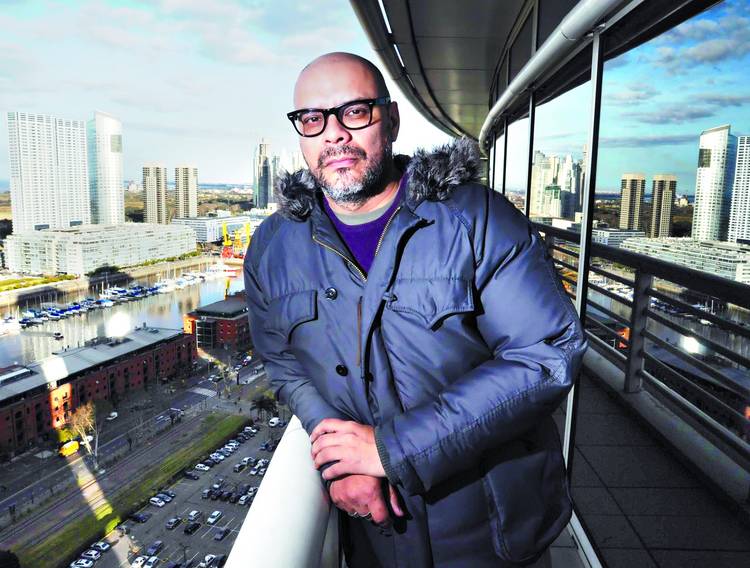 Fabián Casas (b. 1965) belongs to an influential group of writers in Argentina known as the Generation of 1990. He has written children’s books, novels, short stories, essays, screenplays as well as poems, and for many years he has been a journalist. In 2007, he received Germany’s prestigious Anna Seghers Prize for his poetry. His collected poems, Horla city y otros, was published in 2010 by Emecé Cruz del Sur. His work has been translated into German, Portuguese, Armenian and other languages. He is known in Argentina as a poet that is read by people who don’t read poetry.

Adriana Scopino is a graduate of Drew University’s Master of Fine Arts in Poetry and Poetry in Translation. A chapbook of her poetry, Let Me Be Like Glass, was published by Exot Books. She lives on the Lower East Side in New York City.