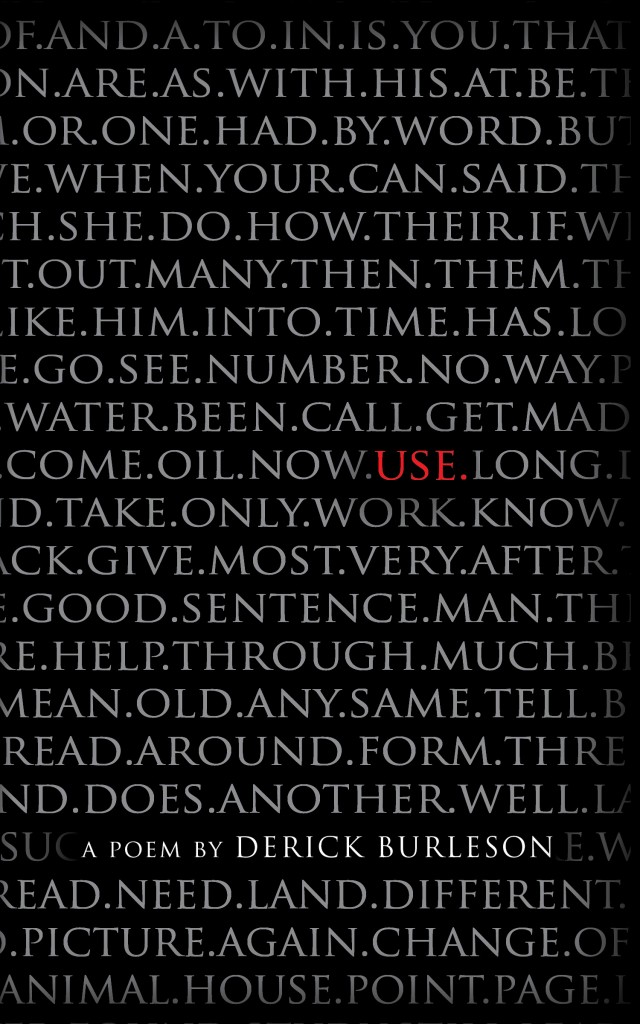 “Burleson sees what we all see, or are willingly blind to, or cannot bear to see: that we are here for only a moment, that we are meaningless in the very same instant that we are nearly godlike with meaning.”

“Burleson’s poems are engaging because he reaches out to his audience, and the audience he imagines is as lively as any poet could hope to have. The respect which he gives his readers (and listeners) creates layers of meaning, and allows his audience to participate—by which, I mean, there is a feeling as if we are in conversation with the poet.”

It takes a village to make a book.

This one began one day when I fell into fascination with a list of the 600 most commonly used words in English that I found in my daughter’s first grade classroom at Two Rivers Elementary School where I was also working as an aide. The class was preparing for our 100 Things Museum to coincide with the 100th day of the school year—100 pennies welded together in the shape of a man, 100 feathers tied in bundles, 100 origami cranes in flight. I decided to make 100 poems out of the list I’d found for my contribution.

The list itself, which I later discovered had been originally created by Dr. Edward Fry in the mid 1990’s and later updated by Fry and others, listed 1,000 words in the order of the frequency with which they appear in printed material. The list came to me 100 words per page, printed in three columns—six pages of three columns each for a total of 18 columns of words. I made each poem out of the words in one particular column, trying to make sentences, and trying to get as many of the words as possible into the poem. And I allowed myself to use small words—articles, prepositions and pronouns—to help the process along. By the time I got to the 100th poem, I just decided to go ahead and finish my sixth time through the list, for a total of 108 poems, or stanzas, rather, since in the process I had discovered I was writing a poem not only made of the list, but about it.

Derick Burleson’s latest book of poems, Melt, was published by Marick Press in 2012. His first two collections of poems are: Never Night (Marick Press, 2007), and Ejo: Poems, Rwanda 1991-94 (University of Wisconsin Press, 2000). He directs the MFA program in Creative Writing at the University of Alaska Fairbanks and lives in Two Rivers, Alaska.