Ilona. My Life with the Bard

by Jana Juráňová · translated by Julia and Peter Sherwood 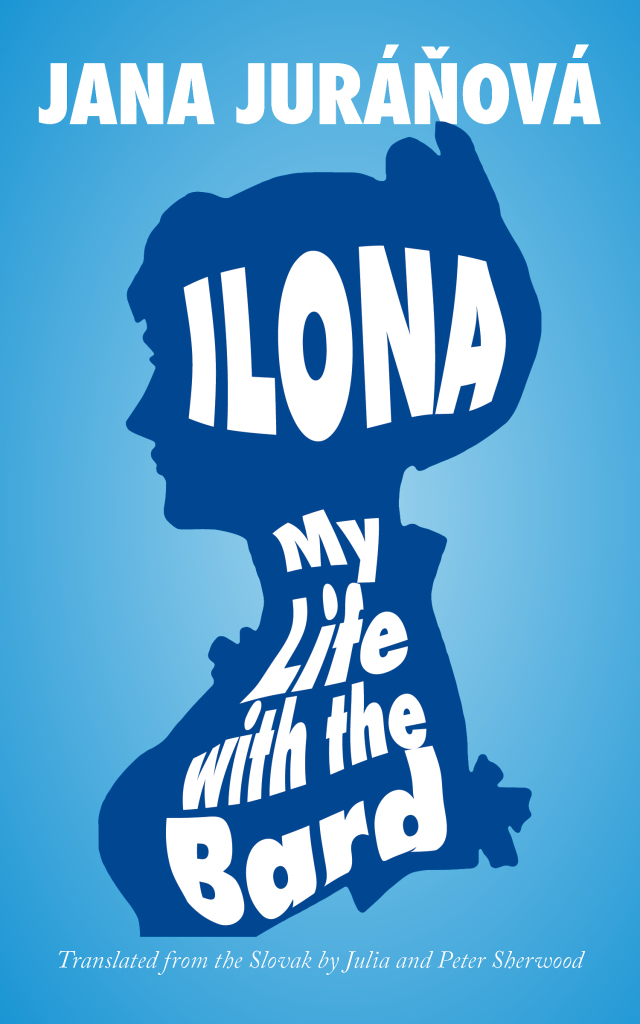 Praise for Ilona. My Life with the Bard

“Beginning in reverie and a nostalgic glance back at the protagonist’s early life and dreams, Jana Juráňová’s Ilona. My Life with the Bard subtly shifts to a tone of gentle and increasingly piercing irony towards Slovakia’s national poet, with moments of almost nightmarish confinement, as it becomes clear that there was a heartlessness at the very heart of the burgeoning national liberation movements taking place throughout Central Europe, for they blatantly didn’t include half of the people they claimed to unshackle. Yet Ilona’s tenderness toward her husband, the loving eye with which she views the surrounding landscape and her determined if often uncertain attempts to insist on the significance of her life keep bitterness at bay.”

“This superb translation renders faithfully the sense of a woman’s world around the nostalgic period of the fin de siècle while hitting the reader over the head in order to shake us out of forgetting that not necessarily ‘behind,’ but side-by-side and sometimes above each of the great European ‘dead white men’ there was so often a modern woman with a life as rich as his. With its motivation compared to Virginia Woolf’s take on Shakespeare’s sister in A Room of One’s Own and inspiration comparable to Tom Stoppard’s Rosencrantz and Guildenstern Are Dead, Jana Juráňová’s gently chaffing language elevates the main character, a woman of independent wealth and social status, from the empty spaces of all history books and volumes on literature to a vibrant personage living with and looking beyond the constraints of her times.”

“An extraordinary account of a woman who sacrifices her own creative and intellectual potential to support her husband – the late nineteenth century Slovak poet Pavol Országh Hviezdoslav. Her unrealized dreams, desires, and ambitions, however, find a surprising outlet in Jana Juráňová’s book, one that seems even more relevant today than a century ago. Written in a melancholic tone with subtle tinges of irony, which the translation captures brilliantly, Ilona: My Life with the Bard is a delightful read.”

“Ilona. My Life with The Bard is a tribute to the women who, although gifted and courageous, were expected to find fulfillment housework, family, embroidery or, in the best-case scenario, in presenting or representing their husbands. The book’s lyrical passages, rich in local and historical detail, take us on a well-informed tour of the late 19th and early 20th centuries, a period that is not as distant from the present as it may seem.”

“Jana Juráňová has written a piece of quasi-biographical fiction in which Ilona, the wife of the poet Pavol Országh Hviezdoslav, is both the narrator and the main character. By using third person narration the author places herself in the comfortable position of being in and out of the character at the same time, which enables her to speak both for Ilona Országhová and about her, to become one with her while also keeping her distance. Juráňová has found a gentle but very effective way of expressing her unambiguously negative view of Ilona’s role in life with subtle but scathing irony.”

“Although her reconstruction of the couple’s life is based on documentary material, Juráňová’s depiction of the poet, his work and his time as well as of the character of Ilona is imbued with some of the author’s own, as she puts it, “naughty imagination.” For “naughtiness” read a rejection of tradition and of certain paradigms of literary history as well as the courage to break the barriers of convention.”

“Jana Juráňová has set out to subvert the traditional division of roles, focusing, instead of P.O. Hviezdoslav, on his wife Ilona Országhová, a perceptive, intelligent and sensitive observer with a rich inner life.”

“Jana Juráňová’s book, written in a charming, olde-worlde language, speaks of a past time in which life took its quiet course and of a talented, sensitive and gentle woman who went with the flow. The author enters her mind, sees with her eyes and feels with her heart. Together with her character she drives away improper thoughts of a desire to travel, to achieve something, to express her views. It is not an indictment of the patriarchal, macho period but rather a melancholy colorized postcard, showing the Great Master and his caring wife – or perhaps a kind, beautiful woman and her unbearably selfish and critically overrated husband.”

Jana Juráňová graduated in English and Russian language and literature and then worked as literary advisor to the Trnava Theatre, later becoming

an editor of the literary magazine Slovenské pohľady and freelance contributor to Radio Free Europe. In 1993 she co-founded the feminist educational and publishing project ASPEKT, which she still coordinates, as well as being one of the editors of ASPEKT publications, the Aspekt journal (1993 – 2004) and many books. She lives in Bratislava.

Juráňová has written plays (a monodrama, Salome – 1989 and a play, Silver Bowls, Beautiful Vessels – 1997), children’s books (She is just a Babe – 1999, Babette Goes Out Into the World – 2003, Bubbles – 2002, Witches from the New Village – 2006) as well as short stories (Menagerie – 1994). Her longer fiction includes the collection Nets (1996) as well as novels: the feminist detective story The Suffering of the Old Tomcat (2000, also in Hungarian in 2005) and Beadswomen (2006), which was nominated for the Anasoft Litera Award and received the Bibliotéka award for women’s fiction in 2006.   My Life with Hviezdoslav (2008) was shortlisted for the 2009 Anasoft Litera Award for original Slovak fiction. Several of Juráňová’s short stories have appeared in German, English, Hungarian, Polish, Czech, and Norwegian translations. Her novella Dressed in a Net was published in Austria in 2003 (Wieser Verlag). Jana Juráňová’s translations from English include Virginia Woolf’s Three Guineas, Gender Trouble by Judith Butler as well as books by Margaret Atwood and Jeanette Winterson.

Jana Juráňová on Ilona. My Life with the Bard:

“A few years ago a Slovak daily asked its readers to name their favourite writer. Hviezdoslav came out top. I was shocked. I’m quite sure that hardly anyone reads Hviezdoslav these days unless they have to. Have we really got to the stage when we say something we don’t mean just because we think that’s what is expected? So I decided to find out who this woman was who stood by his side quietly and loyally. Because, if she had not stood by his side quietly and loyally, I’m sure we would know more about her today.” 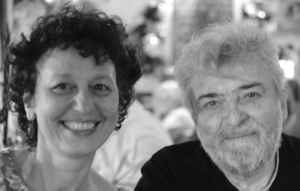 Julia Sherwood was born and grew up in Bratislava, which was then Czechoslovakia. After working for Amnesty International in London for over 20 years, she became a freelance translator in 2008. Her book-length translations include Samko Tále’s Cemetery Book by Daniela Kapitáňová (from the Slovak), Freshta by Petra Procházková (from the Czech), Hubert Klimko-Dobrzaniecki’s Lullaby for a Hanged Man (from the Polish), and, jointly with Peter Sherwood, Peter Krištúfek’s The H ouse of the Deaf Man. She has also translated work by writers such as Uršuľa Kovalyk, Balla, Michal Hvorecký and Leopold Lahola among many others.

Peter Sherwood taught at the School of Slavonic and East European Studies (now part of University College London) until 2007. From 2008 until 2014 he was the first László Birinyi, Sr., Distinguished Professor of Hungarian Language and Culture in the University of North Carolina at Chapel Hill. He has translated the novels The Book of Fathers by Miklós Vámos and The Finno-Ugrian Vampire by Noémi Szécsi as well as stories by Dezső Kosztolányi, Zsigmond Móricz and others, along with works of poetry, drama and philosophy.

← Stomach of the Soul Aftermath Lounge →