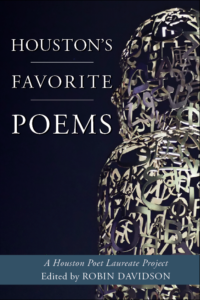 Houston’s Favorite Poems is an initiative of the City of Houston Poet Laureate Program and the Mayor’s Office of Cultural Affairs and is modeled on former U.S. Poet Laureate Robert Pinsky’s Favorite Poem Project and his national anthology, Americans’ Favorite Poems. In spring 2016, the Houston project—with the support of Mayor Sylvester Turner’s office—made a call for favorite poems to those living in Greater Houston, and received approximately 400 poems in response. One hundred eighty-five poems, submitted by 233 Houstonians, are included in the volume to be released by Calypso Editions this November.

This forthcoming anthology, the newest of Calypso Editions’ catalog, is a moving tribute to the city of Houston and the life of poetry that thrives there.

Wildpeace (Translated from the Hebrew by Chana Bloch)

Not the peace of a cease-fire,
not even the vision of the wolf and the lamb,
but rather
as in the heart when the excitement is over
and you can talk only about a great weariness.
I know that I know how to kill,
that makes me an adult.
And my son plays with a toy gun that knows
how to open and close its eyes and say Mama.
A peace
without the big noise of beating swords into ploughshares,
without words, without
the thud of the heavy rubber stamp: let it be
light, floating, like lazy white foam.
A little rest for the wounds—
who speaks of healing?
(And the howl of the orphans is passed from one generation
to the next, as in a relay race:
the baton never falls.)

Let it come
like wildflowers,
suddenly, because the field
must have it: wildpeace. 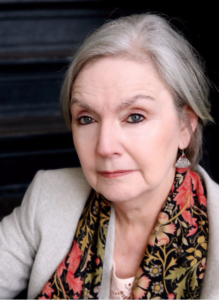