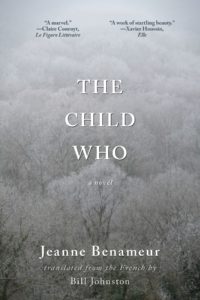 Praise for
The Child Who

“Jeanne Benameur’s work is carved out of silences. Her characters use few words, while she chooses her own with a parsimony that increases their impact tenfold. Suffused in mystery, this novel—about what makes a family, how a personality emerges, how one learns to inhabit the world—is fashioned from a poetry as startling as its title.”
—Raphaëlle Leyris, Le Monde

“It’s a brief story, but a prodigiously compact one—the hallmark of all Jeanne Benameur’s books. It’s impossible to say enough good things about her, for the loveliest assessments will never adequately convey her talent.”
— Mohammed Aïssaoui, Le Figaro

In gorgeous poetic prose, The Child Who interweaves the stories of three members of a family in an unnamed French village: a boy whose mother has disappeared, and who wanders the forest in the company of a dog, fixing his memories of his mother in his mind; his father, a cabinetmaker, who cannot find the words to express his anger and his sense of abandonment; and the boy’s grandmother, providing for her son and grandson, who has her own story to tell. This intimate, luminously imagined group portrait introduces a stunning new voice to English-language readers. 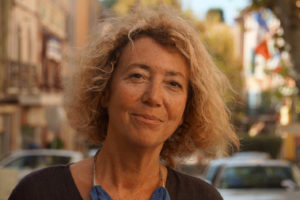 Jeanne Benameur, the fourth child of an Italian mother and a Tunisian father, was born in Algeria in 1952 and grew up in the French coastal town of La Rochelle. She began writing at the age of seven. Benameur writes in multiple genres and has published poetry collections with Éditions Denoël, novels with Actes Sud, and works of children’s literature with Éditions Thierry Magnier. Her debut novel for adolescents Samira des quatreroutes was published in 1992 and awarded the Grand Prix des Jeunes Lecteurs in 1993. She was awarded the UNICEF Prize for her novel Les Demeurées in 2001, and the Book Award in Poitou-Charentes for Laver les ombres in 2009. Benameur served as a professor of French until 2001, and is co-director of the “Photoroman” collection at Éditions Thierry Magnier and the “D’une seule voix” collection at Actes Sud Junior. A blend of novel and poetry, Jeanne Benameur’s art engages with the world and the people who inhabit it through the prism of freedom and authenticity. Though she writes only in French, her multicultural origins (Algerian, Italian, and French) are a powerful source of inspiration. The novels are typically built as a collage of lyric tableaux enacting flashes of memory and emotion, and returning the reader to a state of visceral sensory experience. 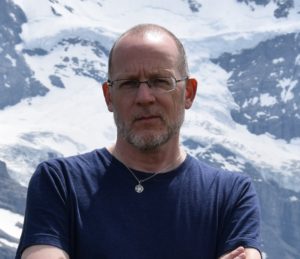 All bookstore and bulk orders qualify for a discount. Please contact us info@calypsoeditions.org for more information and to place orders.

← Where the Angels Lived Dignity Not Detention Anthology →