by Efraín Bartolomé, translated from the Spanish by Kevin Brown 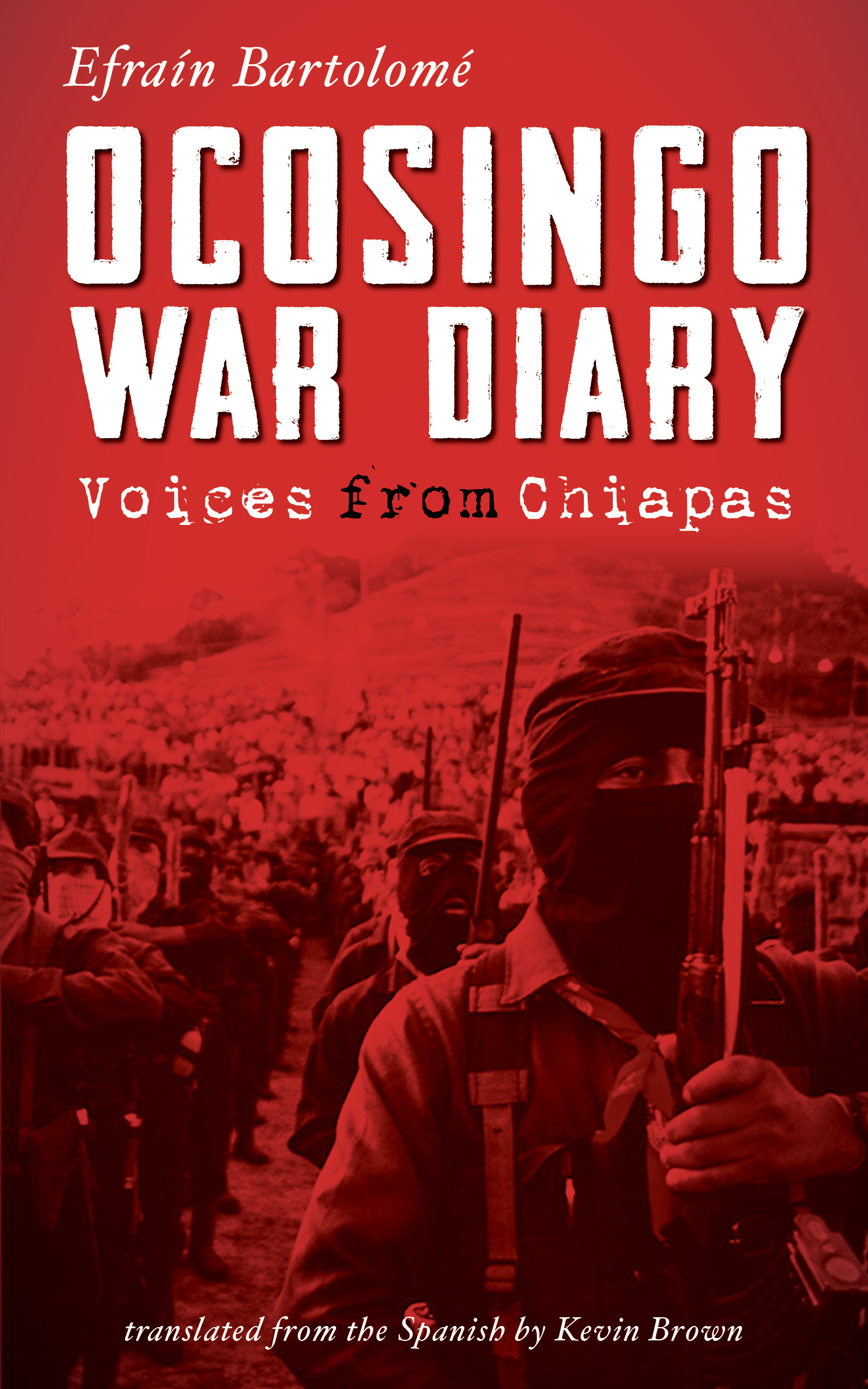 “A poet from Chiapas, Efraín Bartolomé, lived through the [Zapatista] uprising in an intense and painful way. His poetry took on a deep historical dimension without ceasing to be poetry.”
—Alberto Ruy Sánchez
***

“Telegraphic prose, each word composed with true mastery. I sincerely doubt that, among the innumerable works which have been and will be published about the events that so moved Mexico and much of the world, there is no other that compares to Ocosingo in authenticity and literary value. Destiny saw to it that the right narrator was in the right place at the right time.”
—Enoch Cancino Casahonda
***

Efraín Bartolomé, a poet from Chiapas, lived through the entire beginning of the Zapatista uprising in 1994. His family, like many in the village of Ocosingo, received death threats from the Zapatista guerrillas who demanded they join them at risk of being declared enemies of the Revolution.

This book, equal parts poetry and diary, is his account of that conflict.

Efraín Bartolomé, born in 1950 in Ocosingo, State of Chiapas, Mexico, is an internationally recognized poet and prize-winning environmental activist. His verses have been collected in the following volumes: Agua lustral (Holy Water: Poems, 1982-1987); Oficio: arder (Poet Afire: Poems, 1982-1997); and El ser que somos (Being Who We Are). Bartolomé is the recipient of the Mexico City Prize; Aguascalientes National Poetry Award (1984); Carlos Pellicer Prize for published work (1992); Gilberto Owen National Literary Prize (1993); and the Jaime Sabines International Poetry Prize (1996). The Mexican government awarded him the National Forest and Wildlife Merit Prize. In 1998 he received the Chiapas Arts Prize. In 2001 he received the International Latino Arts Award in the United States. He is a member of the National Council of Creative Artists. His poems have been translated into English, French, Portuguese, Italian, German, Arabic, Galician, Nahuatl, Peninsular Mayan, and Esperanto. He works as a psychotherapist in Mexico City. Ocosingo was his first published book-length work in prose.

He is working on his first collection of essays.

Prices for individual and bookstore orders: All bookstore and bulk orders of 20 copies or more qualify for a 30 percent discount. Please contact Customer Service at piotr@calypsoeditions.org for details.

← The Little Trilogy Stomach of the Soul →